The term Feral describes the area between nature and culture; the nature that has arisen in connection with humans. Feral landscapes point towards ecosystems co-evolved between humans and other than human species whilst commodity fetishism points towards placing economic value on goods themselves rather than the interpersonal relations that produce the commodity and evolve its value. As an agricultural country, Denmark is one of the most feral countries in the world with no wild nature left and little biodiversity. Rather, nature is controlled, manipulated, terra formed, redirected and built up. Culturally however, we fetischise nature, with traditions of landscape painting, romanticised images of the countryside with large fields of agriculture and a notion of ‘the good life’ escaping to nature’s purity. However, there seems to be a dissonance between the romanticisation and fetishization of nature that rather represents violent industry that commodifies natural resources.

Feral Fetish is a film that challenges our relationship to Nature and our concepts of what is ‘Natural’ and what is ‘Normal’. The main character of the film is a Symbiotic Culture Of Bacteria and Yeast (SCOBY), that represents a fluid, transcorporeal future and exists in various landscapes that are normally perceived as pure and natural. In these fetishized landscapes, the SCOBY encounters different people, bodies and animals, documenting their reactions, meetings and relations to the SCOBY. Through these interactions, the film seeks to lift the veil of the romanticised narrative we tell ourselves of pure nature and asks; What is more strange, the uncanny membrane of bacteria and yeast and the dominatrix or the straight linear trees of a plantation or a mono crop field and humans constant pursuit to control and steer nature for industry? How do we deeply grapple with our impact on other than human species in order to affirmatively participate in world building?

Symbiotic Culture of Bacteria and Yeast

Produced with support from The Danish Arts Foundation. 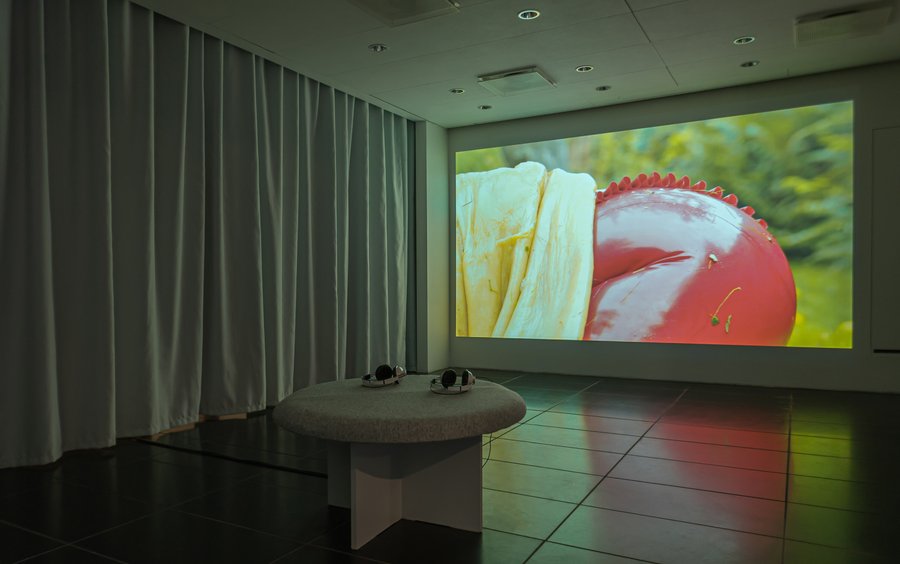 With support from The Danish Arts Foundation